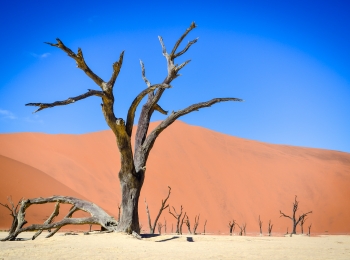 Cycling home through the motorized mess of a Geneva rush hour is upsetting on the best of days. So what about a week when headlines worldwide read "Civilization is accelerating extinction and altering the natural world at a pace unprecedented in human history" (New York Times), "L’avenir de la vie sur Terre est en jeu. Nous vous exhortons à agir sans attendre" (Le Monde), "Human society under urgent threat from loss of Earth’s natural life" or "Stop biodiversity loss or we could face our own extinction warns UN" (The Guardian) and "Meghan Markle and Prince Harry welcome first child : it’s a boy" (Fox News).

This week IPBES (www.ipbes.net) published a comprehensive overview of the state of the Earth’s biodiversity. No surprise it is not a pretty picture. Ecosystems cut in half. The biomass of mammals decreased by more than 80%. A million species threatened by extinction. A million ? Can we be sure ? Many more than one million would be my guess. Each of these free-living one million species have specialized parasites that go extinct when their hosts do (and parasites are surprisingly important for the stability of nature). Each day species must go extinct that we did not even know existed, since we know only a fraction of life on Earth (only this week our team discovered an unknown species of chytrid fungus, the same group of primitive fungi that is playing havoc among the world’s amphibians). I teach on all this, the facts, the fiction, the causes, the consequences. I work on the mechanisms that allow species coexistence and the maintenance of biodiversity with my PhD students. Questions like the role of biodiversity in providing resilience to (lake) ecosystems. Early warning signals of tipping points, like the slowing down of systems after disturbance, which we could use to act before a critical transition unfolds.

However, on a day like this teaching and research, all just sounds too mundane. What you really want to do is shout : read those bloody headlines ! The future of life on the planet in danger !? Should that not be the biggest headline of all time ? What on Earth could be more important ? We urge you to act now !? Yes, but of course ! When human society is under urgent threat, of course we will act, but will we really ? Today we are urged to stop the loss of biodiversity, last time round we were told to stop climate change. I followed some of the reactions to the IPBES report. The public seems tired of yet another doomsday warning. Climate, biodiversity, pollution, it is all too much. Close your eyes and pretend it is all a bad dream, that is how I get by. Maybe having separate UN panels on climate change and biodiversity is not such a great idea. Will these panels compete for our attention – what is the biggest scare of all ? After all, we have just one planet, and this one planet cannot divide its attention between the various threats. Menaces do not operate in isolation. Climate change is a factor in the loss of biodiversity, biodiverse poor ecosystems will make climate change worse. Its all connected.

And us, how do we respond ? I fear we might just get on with our lives. We hear the message, but deep down we don’t really – yet – feel the sense of urgency. People still vote for presidents that could not care less about a loss of biodiversity. How do you tell people to radically change the way they live in order to save the planet 50 years – or so – from now when you cannot even tell a 16 year old to quit smoking to save his or her own life 50 years from now ? Our evolutionary pathways get in the way. I also fear that Libération might be right that a big gap remains between words and actions.

Yet, despite all of this, it does not help to be negative. Malthus – the godfather of the Club of Rome – in his 1798 Essay on the Principle of Population predicted the onset of famine, war and infectious diseases in response to overpopulation. Esther von Boserup, a 20th century Danish economist in reply to this bleak vision, cheerfully explained that more people = more brains = more solutions. Solutions is what we need. Yes we can ? All of us, every day make little choices that when combined can make a difference. We should come together and think about big solutions too. How to feed the world sustainably when we reach 9 billion ? A form of agriculture, like Permaculture that goes hand in hand with nature and values biodiversity ? A form of agriculture which is decoupled from nature, that is based upon all of the latest technological innovations, like genetically modified crops, desalinization and nuclear energy, but on only half of the planet ? We abandon the other half and give it back to nature (as put forward in the Ecomodernism manifesto) ? I don’t know. I have many more questions than answers. Mais, "il est trop tard pour être pessimiste" (Yann Arthus-Bertand), so we must look ahead, there is no other choice.

Finally, do I as ecologist believe that life itself is in danger ? No I don’t. Life is resilient. True, life dodged a bullet several times, none more so than during the Great Dying, the Perm-Trias mass extinction, yet life gloriously went on. Is that an excuse to let the current period of extinction enfold ? Of course not. Even if life will bounce back, what about us, humankind ? Will we survive our onslaught on nature ? When will we truly appreciate all that nature gives us ? Food, clean drinking water, fertile soils, mitigation of climate change… The economic value of these ecosystem services is easily as much as the GDP measured in traditional terms. We cannot survive without nature, despite all of our clever technology. So yes, we have to find it in ourselves to act, to radically change our economy, transform our use of resources and stop production of toxic waste. Learn from nature, nature does not know any waste, you’ll find circular processes, not linear ones. In the end we will learn if we are worthy of our species name, Homo sapiens, the wise ape.

[This article is also available in French.]

Bas Ibelings is a microbial ecologist with 30 years of experience in aquatic research and consultancy, with an emphasis on cyanobacteria, microalgae and parasitic chytrid fungi. Presently he is Full Professor in microbial ecology at the University of Geneva. Whenever possible he integrates processes in ecology and evolution and his interests range from the evolutionary origin of new microbial species, through phytoplankton population genetics, and community assembly all the way up to the importance of phytoplankton diversity for lake ecosystem services. 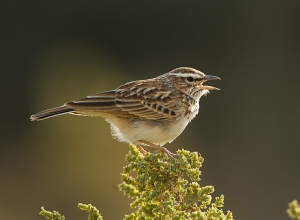 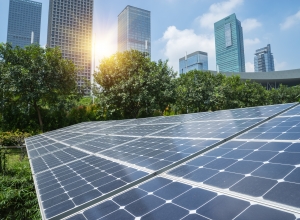