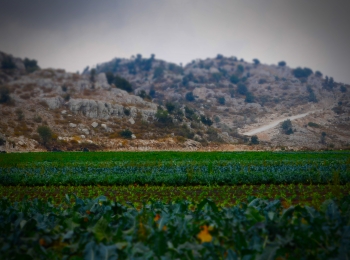 Tackling the beef about climate change

In September 2015, member countries of the United Nations (UN) unanimously voted in favor of adopting an ambitious global plan – dubbed as the 2030 Agenda – that aims to eradicate poverty and improve the lives and prospects of everyone, everywhere, while protecting the planet. Building upon previous efforts and global agreements, the 2030 Agenda comprises of 17 thematic – yet interconnected – goals that aim to achieve development across the world in a sustainable manner1. Shortly afterwards, many international instruments were put in place to steer global action toward achieving the 17 goals. One of these instruments is the Paris Climate Agreement2 that binds signatories to limiting their greenhouse gas (GHG) emissions in order to limit global warming and to curb climate change.

Consequently, climate, a theme occupying one of the 17 goals and recurring throughout the majority of the rest, soon became of high public interest3. However, people commonly associate climate with either renewable energy or transport. Indeed, energy, under its array of different forms (electricity, heat, transport, and industrial processes) accounts for around 76% of total GHG emissions4, i.e. approximately 33.3 Gigatonnes of CO2 equivalent (GtCO2e), which justifies the fight against climate change starting with the energy sector.

In fact, in order to limit global warming at 1.5 °C, as per the Paris Climate Agreement, the United Nations Environment Programme (UNEP) estimates that the world needs to reduce its GHG emissions by 29-32 GtCO2e by 2030. This, however, seems unlikely as data from UNEP’s emissions gap report shows that emissions in 2020 are exactly where they were projected to be in the business-as-usual scenario, i.e. as if no action whatsoever has been taken on this front from 2005 until 2020. For perspective, the combined emissions of , the , all countries of European Union (EU-28; i.e. including the ), , , and 5 are roughly equivalent to 29-32 GtCO2e.

Another large – yet overlooked – contributor to GHG emissions and the climate crisis is our global food system. From farm to fork – encompassing production, processing and distribution – the global food system is accountable for approximately 26% of global GHG emissions. Disaggregated by source, livestock and fisheries contribute to around 31% of the total emissions of food systems, closely followed by crop production at 27%, and land use at 24%, and lastly by the supply chain – which includes processing, packaging, retail, and transport – at 18%. At first sight, these numbers give the impression that the mere fact that we eat, poses a risk to the planet’s health, but that is not the case; it is rather meat production – red meat in particular – that is so costly for the planet6. Although responsible for 24% of total food systems emissions, land use for human food production only makes up 8% of the total, the remaining 16% is attributed to livestock land use. Similarly, crop production can be divided into two sub-categories, one for human consumption, and another for animal feed production with the first contributing 21% of total food emissions whereas the latter is responsible for the remaining 6%.

In other terms, the livestock sector alone accounts for around 14.5% of total human induced GHG emissions. Out of this, beef production is responsible for 41% of the sector’s emissions and cattle milk for 20%, whereas production of pig meat and poultry meat and eggs contribute respectively to 9% and 8% of the sector’s emissions7. This, along with a plethora of other scientific evidence that puts forward the health risks associated with increased meat consumption and the benefits of plant-based regimens, makes it indisputable that a shift toward more plant-based dietary patterns is indispensable. However, current global trends are going in the opposite direction, and are changing in terms of both composition, and total amount of calories consumed8.

Increases in income are associated with an increase in people’s dietary energy consumption due to people’s tendency to consume more higher-value foods, such as meat and milk. Although these consumption patterns are significantly higher in high-income countries, consumption of animal products, vegetable oils and sugar sweeteners is steadily increasing in low- and middle income countries as well. If these trends continue, the world would face dramatic increases in GHG emissions, whereas if meat consumption were to be reduced by just 25%, emissions are predicted to drop by more than 50% compared to baseline values9. To highlight the individual environmental impact that we make through our food choices, it’s important to know that diets comprising 33% in animal products are estimated to produce between 3.7 and 6.1 KgCO2e/capita/day, whereas a diet with a share of 10% of animal products produces between 1.43 and 4.48 KgCO2e/capita/day.

If you think that this situation cannot get worse, try thinking of all of this food that is significantly contributing to emissions only by being produced, and that is eventually going to waste. Roughly one third of the food produced globally is not consumed; it is either lost due to improper handling before reaching retailers and consumers or wasted (i.e. thrown away) by retailers and consumers. For instance, 222 million tons of food is wasted annually at the retail and consumer levels in high-income countries whereas the entire annual food production in Sub-Saharan Africa amounts to a comparable 230 million tons. While food waste is a serious problem that is mostly associated with high-income countries, low- and middle-income countries having inadequate infrastructure, lose large portions of their food either in transport, storage, or processing10. Consequently, food waste and loss add another layer of complexity to the sector’s contribution to climate change, but if properly addressed, increased efficiency in global food value chains has the potential to significantly reduce the sector’s contribution to GHG emissions and eventually to climate change.

Simply put, the diet we choose to follow, the amount of food that is lost before reaching our table, the amount that we throw away, and how this food is produced, are all crucial factors in determining if the world meets its commitment to the Paris Agreement and the 2030 Agenda or not. So, not only do we need to be more aware of what we put in our plates, but also of how much we throw away from our dinner table.

3 Google trends, interest across time for "Climate" as a search topic.

6 Loken, Brent. "Diets for a Better Future: Rebooting and Reimagining Healthy and Sustainable Food Systems in the G20". Accessed October 12, 2020.

Kamil Hamati is a PhD researcher at ISE under the Swiss Government Excellence Scholarship. He works on planetary boundaries, environmental management and forced displacement. Previously, Kamil held several positions across the United Nations Secretariat where he conducted research and produced reports and policy recommendations on sustainable development, environmental management and food security. 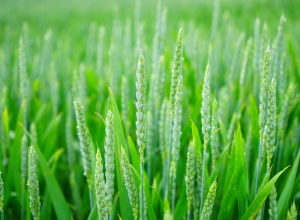 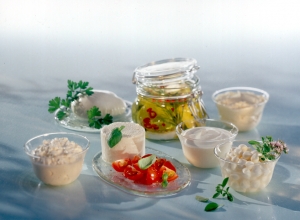