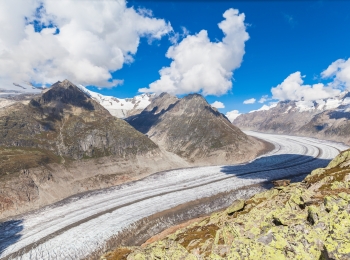 A world without glaciers - How can scientists contribute to enhancing climate ambition, in Switzerland and beyond ?

Glaciers are disappearing as a result of global warming. Research in the field of the cryosphere (i.e. the part of the earth’s surface characterized by the presence of frozen water) demonstrates that the consequences of the rapid melting of glaciers are alarming. Due to the accelerated melting, glaciers also are powerful ambassadors to raise awareness about global warming, as extensively discussed at the last UN Climate Conference – the Conference of Parties (COP26) hosted in Glasgow (UK). Switzerland was one of the countries involved in the organization of COP26 Cryosphere Pavillion. In parallel, the Swiss Federal Department of Foreign Affairs and the University of Geneva organized the Geneva Cryosphere Hub (www.gecryohub.ch) to showcase the latest science on the cryosphere and to foster dialogue between scientists, policy-makers, international organizations and the civil society in supporting climate ambition.

On Monday, November 1, 2021, the first conference of the Geneva Cryosphere Hub "A world without Ice - How can scientists contribute to enhancing climate ambition, in Switzerland and beyond?" took place in duplex between Geneva and Glasgow. The conference was opened by Guy Parmelin, President of the Swiss Confederation, Head of the Federal Department of Economic Affairs, Education and Research. He outlined the challenges of climate change impacts on the cryosphere. "Mountains are part of the Swiss DNA" maintained the President "but because of climate change, we have witnessed massive negative impacts." 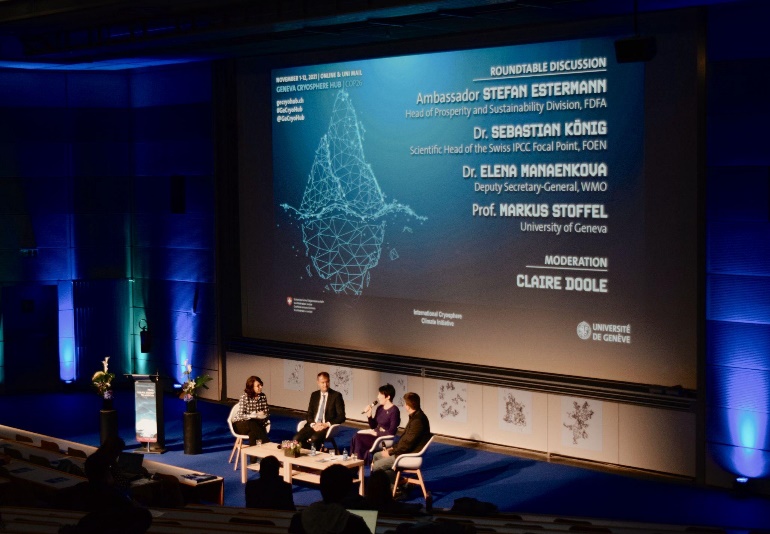 During the conference, these negative impacts were presented, starting from the new findings of the Sixth Report of the Intergovernmental Panel on Climate Change (IPCC AR6), Working Group 1. After presentations from Swiss IPCC authors attending from Glasgow, the conference continued with a roundtable discussion with climate scientists and policy experts. Prof. Markus Stoffel (University of Geneva), Dr. Elena Manaenkova (Deputy Secretary-General, WMO), Dr. Sebastian König (Chief Scientist & IPCC Focal Point of Switzerland at the Federal Office for the Environment) and Ambassador Stefan Estermann (Head of Prosperity and Sustainability Division, FDFA) discussed how scientists can contribute to enhance climate ambition. They highlighted what the milestones are to improve mechanisms for climate adaptation and on how to shift towards policies that limit global warming to 1.5°C by the end of the century.

After an introduction by Prof. Geraldine Pflieger (University of Geneva), Prof. Sonia Seneviratne (ETH Zurich) presented the key findings of the last IPCC report. She stated that temperature has now increased by 1.1°C as compared to the pre-industrial era and that this increase is unequivocally due to human-induced emissions. Such an increase has not been seen in the last 2'000 years and the earth has not experienced higher temperatures in the past 100'000 years. She also stated that no region is spared from the impacts of global warming and that droughts, hot extremes and extreme rainfall events increased all around the world. The largest part of this warming is irreversible. Prof. Seneviratne also presented different climate extreme events that have been observed in recent years. The impacts of global warming are now clear. From a 1.5°C global warming we can expect much higher environmental impacts than we presently witness, but those will be even higher with a global warming of 2°C or beyond. Those impacts include irreversible changes and an increase of compound events with extreme events (droughts, heatwaves, floods) at multiple places and occurring at the same time. Prof. Seneviratne also highlighted that reaching the 1.5°C target requires immediate actions as the world must reduce half of CO2 emissions by 2030, which means a reduction by 6-7% per year, from now. "The 1.5°C target is not safe, but it is the best we can do" she concluded.

Global warming’s effects on the cryosphere

Prof. Samuel Jaccard (University of Lausanne) stated that "with a 1.5°C warming, we still hope that we won’t reach the tipping point for ice sheets in the Arctic". He presented global warming effects on the cryosphere with a focus on polar regions, the sentinel of the climate system.

Indeed these regions suffer the most from global warming and Prof. Jaccard maintained that "we can not negotiate with the melting point of ice". The surface of the poles has a high albedo. This is the reflective power of a surface according to its color. The higher the albedo, the more it allows to reflect a large part of solar radiation, thus slowing down the temperature increase. The process of ice melting is explained by the rise in temperature combined with the interaction of the ocean. A thin layer of sea ice forms on the surface of the water. The glacier resides on the continental crust and is held back by the ice shelf preventing the progression of the glacier. The increase of global temperatures decreases the surface of sea ice. This increases the radiation absorbed by the oceans, which in turn contributes to the increase in temperature. The rise in sea level is another negative consequence of global warming, directly linked to the melting of glaciers.

Observed warming (top), positive loop induced by the melting of the ices.

Global warming also affects high altitude mountain regions, as described by Prof. Matthias Huss (ETH Zurich). He emphasized that 67% of glaciers in the world will disappear if climate mitigation actions are not implemented urgently. Glaciers are retreating and snow is melting because of rising temperatures. These changes are dramatic, altering ecosystems and irreversibly impacting the water cycle. In the long term, water resources are likely to decrease. Switzerland is also affected by temperature changes, especially in the mountains. The melting of glaciers and permafrost also increases the risks of rockfalls, endangering the population living close to these areas. "In conclusion" maintained Prof. Huss "glaciers are visual manifestations of climate change, which has major impacts in vulnerable regions. However there is still a large range of actions to be taken."

How can scientists contribute to enhancing climate ambition?

After the presentation of the most recent IPCC findings from Glasgow, the roundtable discussion continued from Geneva. Solicited by moderator Claire Doole, Prof. Markus Stoffel discussed climate impacts in Switzerland. Switzerland is highly dependent on its glaciers for electricity production, agriculture, and tourism. Glaciers provide the water for irrigation in the plains and they are water towers for multiple uses. The impacts of water scarcity on winter tourism have been particularly highlighted, together with an increase in the occurrence of natural disasters from increasingly unstable mountains. Thus the identification of priorities for water use in the years to come is a key challenge. Panelists also argued that continuing data collection and sharing practices are necessary to improve understanding of cryosphere processes. Nevertheless, we still do not know everything about the extreme events that occurred in the past, which is essential to estimate to what extent their frequency and intensity increased with global warming. Dr. Sebastian König pointed to the need to continue providing rigorous, credible and independent knowledge on cryosphere processes, including a comprehensive understanding on tipping points. For this reason and to enhance climate ambition more generally, it is vital to continue processes like the IPCC that produce robust knowledge. Together with Prof. Stoffel, he emphasized the need to improve communication and engagement processes between scientists, civil society, private sector representatives and policy makers.

Yet, if the cryosphere disappears, the whole humanity is going to be impacted. WMO’s Dr. Elena Manaenkova emphasized that analysis of regional impacts and possible remedy actions have to take central stage now. A significantly disturbed water cycle renders impacts for mountain communities extremely challenging, and reducing the effects of global warming is becoming a global emergency. "What happens in the Arctic does not stay in the Arctic" pointed out Ambassador Stefan Estermann. He emphasized the need of bridging geopolitical differences to enhance climate change adaptation capacity and to improve the science-policy dialogue.

In conclusion, panelists pointed out that with current policies, climate forecasts are pointing to a temperature increase of 2.4°C compared to the preindustrial era. The Paris Agreement promised action on the environment, and Glasgow 2021 is time for delivery. As concluded by Prof. Stoffel: "The message from the scientific community to the G20 countries – representing some 80% of global emissions – and all governments present at COP26 in Glasgow is crystal clear: there is no way but to agree on immediate, rapid, and large-scale reductions in greenhouse gas emissions to limit climate warming and its negative impacts as much as possible."

Julien L. Michellod is a master student in environmental sciences at the University of Geneva, where he focuses his studies on energy in an interdisciplinary perspective. Previously he did a bachelor’s degree in engineering of renewable energies at the HES-SO. He is currently writing his master thesis about social acceptance of automated DSM for Swiss households. 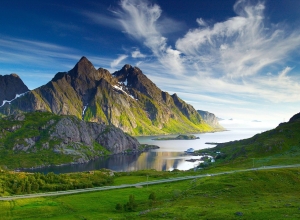 A fragile future : can mountain communities adapt to climate change ?

Léonard Dharan,
Océane Garandel
Climate change threatens the vast high latitude and high-altitude cold regions of the world that provide freshwater to over half of humanity. Damages and impacts attributed to anthropogenic climate change are increasing, together with the population dependent on mountain water resources.
COP26
global warming
cryosphere
mountains 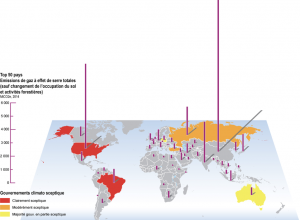